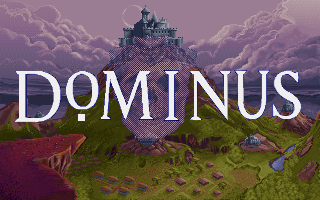 Dominus is a real-time strategy game release for DOS in 1994.

A SNES and Mega Drive version was planned, but they were cancelled.

You are studying in the library when a messenger arrives with important news...

You instantly know what to do. First, you must make sure your monsters are ready for battle.

Next you make your way quickly to the war room where your generals have gathered awaiting your orders. 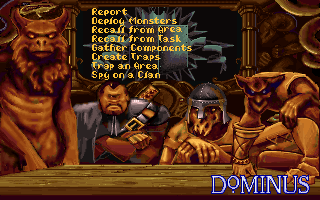 After giving preliminary orders, you decide to check the progress of the invasion. 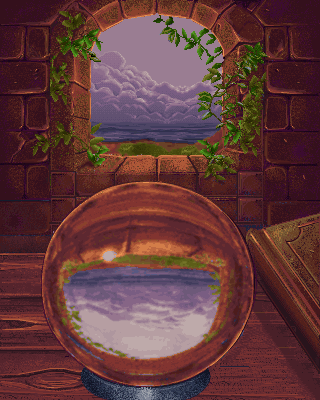 Quickly, you decide that traps will be necessary to slow the invaders' progress. 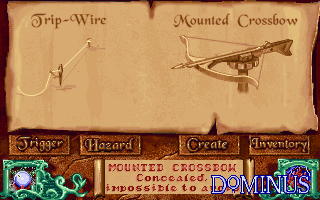 Magic will also play a big part om the battles to come. 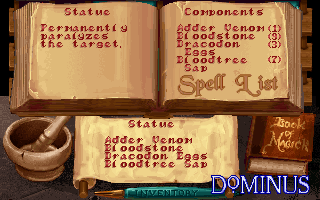 Magic can also be used to mix monsters into deadly commanders! 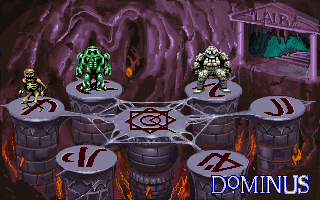 With no time to spare, you quickly engage the invaders in battle. 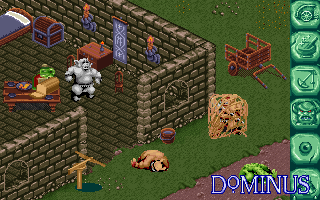 It's time to see if your newly captured friend is feeling talkative. 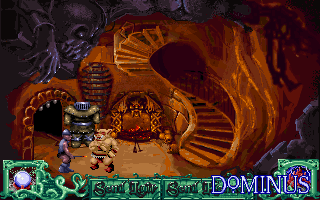 Now the real siege begins. Defend your dominion at all costs! 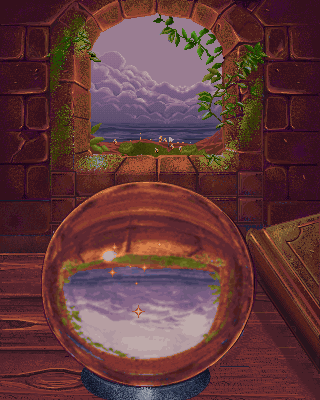 Each general commands 7 types of monsters, 2 being from the invading clans. Mutants and Elementals can only be deployed by the Overlord.

And the Overlord himself.

In the title screen, leave the game alone for a while to view the story. This demonstration has some differences from the final version, like:

A beta version of the cancelled Genesis/Mega Drive version is available, but the game is quite incomplete, having no music, no enemy forces, no spells or traps available, ... Besides the graphics, differences include:

Retrieved from "https://dwn009.fandom.com/wiki/Dominus?oldid=7535"
Community content is available under CC-BY-SA unless otherwise noted.