for players and green

for the goal keeper. (Standard color isn't always from the one with the name on the screen) If both players use Mega Man as the main character, Player 1 will be

blue (Mega Man is blue by default, so there is no change to him), and the goal keeper is

black and red, while player 2 is

red and the goal keeper is

Mega Man's Soccer has a sound test in Options. 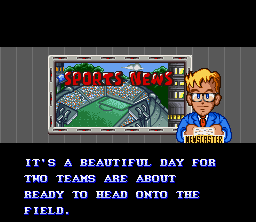 Newscaster: It's a beautiful day for two teams are about ready to head onto the field. 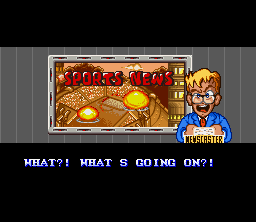 Ladies and gentleman, a giant explosion has just rocked the stadium.

Wait a minute, I think I can see something.....

The people are racing for the exits. It's pandemonium!!!! 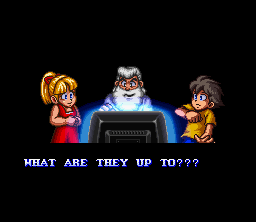 Rock: I've got to go and stop them!

Dr. Light: Are you sure you can take them all on?

Alright, I won't stop you from trying• but...

You're no match for them with your current abilities....

Rock: I've got to leave now!

Dr. Light: So• I'll just make a few modifications to your programming and you'll be able to give them a game they won't soon forget! 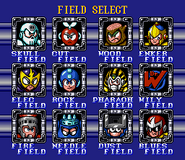 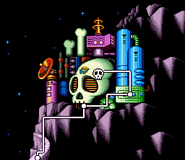 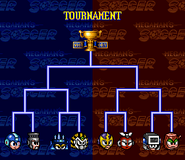 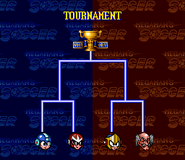 Tournament
Add a photo to this gallery

Retrieved from "https://dwn009.fandom.com/wiki/Mega_Man%27s_Soccer?oldid=6859"
Community content is available under CC-BY-SA unless otherwise noted.