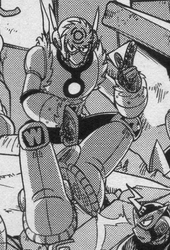 One can only view the high score from challenges by viewing the Results after completing it again... So don't except me to add them anytime soon.

A list of games I completed, as of 23:45, March 28, 2018 (UTC). Most are good games, but be warned that a few are AWFUL (good thing the SMS version was slightly better than the NES one...). Of course, mini-games or games without end, like "California Games", "Pac-Man", and "Dig Dug" (I don't care for the "death screen"), are not included. Any % and multiple continues, otherwise stated.

Also, "arcade" and other version specific notes don't necessarily mean I played the games on the actual system (for arcade, that would be way to many coins considering how many continues I used...), but that they are a port identical (or close enough) to that version (examples: Capcom Classics Collection: Reloaded, Capcom Classics Mini Mix, Kirby's Dream Collection, and Sega Mega Drive & Genesis Classics), as some ports may have differences that range from a few details to a completely different game (like the NES and SMS versions of Strider and Makaimura).

Retrieved from "https://dwn009.fandom.com/wiki/User:Quick?oldid=7391"
Community content is available under CC-BY-SA unless otherwise noted.